Are Elm and Phoenix/Elixir ready for prime time? I'll let you decide: they were both used in live during the main French political show called "L'émission Politique" to help generate a word cloud based on the guest speech. To the date of this writing, the guests were Nicolas Sarkozy (12 millions viewers), Arnaud Montebourg (9 millions) and lately Alain Juppé (13 millions).

tl;dr: Elm allowed me to code a reliable frontend app in a very short time, Phoenix was so easy to grasp that I felt young again while coding the backend administration. 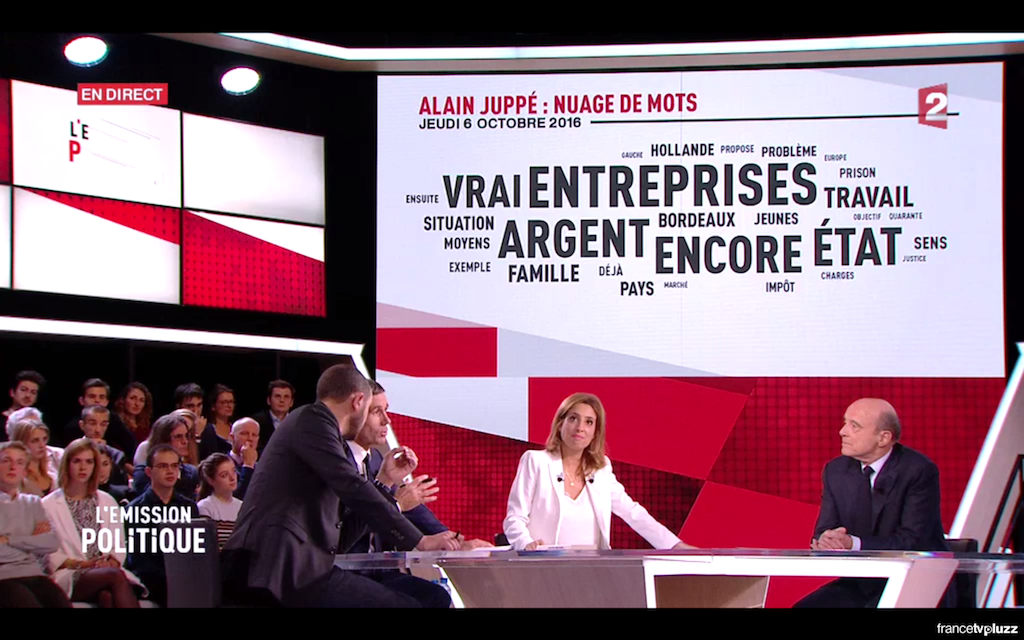 I'm the CEO (CTO, CSO, <put any cool name here>) of Voxolab, a company providing speech recognition analytics for businesses. Lately I've been working for Voxygen, where I had the opportunity to develop a system to generate a live word cloud, based on the most frequent words pronounced by the guest of a political show.

So, starting from here, I decided to develop a "web solution" that would allow me to record the sound from every computer having a browser installed (to be totally honest, having Chrome or Firefox installed) and to send it to a remote server for transcription.

Here is what I already had:

Here is what I needed to do:

I decided to use Elm for #1 and Phoenix for #2. I've been writing Elm and Phoenix code in my side projects for only 3 months. Usually, for my business projects, I'm using Python/Flask for my backends and Mithril.js for my frontends. So, why Elm and Phoenix this time?

In fact this was not the question I did ask to myself. The question was: why Javascript? And to be honest, I couldn't show up with a satisfying answer. So I decided to go with Elm, mainly for those reasons:

I was not disappointed: it's the first time I felt so confident when running a frontend app in production.

The need for the backend app was pretty simple: some basic CRUD operations. I could have used Python/Flask for this without any problem. But I knew that it was potentially something that would need a lot of live/websockets connections in a near future. Phoenix shines in this domain and provides easy backend generation for CRUD operations. Last but not least, the entry barrier is pretty low too. The community is awesome, and the available resources are really significant now (thanks to Programming Phoenix book).

I placed a bet on Phoenix/Elixir because its ability to scale is rooted at the language level thanks to the Erlang VM.

So yes, Elm and Phoenix are production ready for my needs and were used in a live show with more than 10M viewers. Most importantly, I'm confident I can build my company products using both of them because: